Recent financial crises have highlighted the fragility of a financialized and globalized economic system. A system which assures neither autonomy nor security for the population. This is further evidenced by an increase in the relocalization of the manufacturing of essential products, in localism (the greater consumption of locally produced products), as well as a better redistribution of produced wealth and increasing democratizations of the economic sector.

However, this diagnosis of the current economic system was established well before these crises. It is no longer time for discussion, but for action; and this is precisely the motivation behind this project.

These aspirations are shared by many of us, and they may even become the majority opinion from now on. There are many speeches that talk about these aspirations, but they often remain wishful thinking because they do not describe the “how”, or they are subject to the approval of some controlling board. It is precisely this question of “how” that is dealt with here. How, starting from square one and without institutional approval, can these now imperative changes be made concretely?

Starting from the assessment that a “vertical” economy is a destructive, out-of-control system, it is then necessary to go head-to-head using a horizontal economic system. A system based on collective intelligence coordinated in a network, is capable of establishing itself, and that can compete with the current system.

The singularly operational direction of this platform should confer it a real social and economic value, while at the same time creating a place for learning self-management and cooperation.

We see it as a “deuberization” tool that is capable of giving back to its users, but also as a means of transition towards a cooperative, united, and reciprocal economy. An economy which puts humanity and ecology at the center of its concerns.

It will have a social and environmental ethics character, the acceptance of which will be the only condition to take advantage of this network’s benefits. Any and all individuals or entities willing to respect this character can become members: non-profits, CSAs, businesses (starting with co-ops), freelancers, local communities (especially small towns and villages that wish to organize a communal loan), etc.

This new virtuous economic system is set to become a method of redistribution: money that enters the system, particularly that which enters via direct sales in short supply chains or group purchasing in particular, goes directly and without almost no loss to the local producers, freelancers, cooperatives, and whoever else acts in accordance to the ethics laid out in the charter. Likewise, it takes inspiration from ant colony algorithms to design logistics flows that optimize routes to take the shortest possible distance through the network.

We can categorize 4 distinct types of economic exchange that we can transform with this tool:

The dedicated module page will describe their functions and explain how these transformations can be made.

The modular structure of the platform is just as important as its singular direction. The project as a whole is a cumulative effort, so it is better to divide it into several steps, or practical modules, of where there are currently 11.

There is a chronology that needs to be respected while carrying out the project. The first modules can work with around ten to a hundred participants, the subsequent modules need several thousand, and the final ones require much more staff, nearing a hundred thousand or more members. This progression is the key to the overall success of the project.

For example, the project must begin by completing the first four modules:

If these functions gain enough traction and bring together enough members, the next services can be launched. Certain modules require a minimum number of users to be viable, such as ridesharing, or even more so mutual organizations or collaborative search engines.

This project is ambitious, but it is technically sound and realistically designed. Its progressive strategy allows it to start very small and to then grow without limits, one step at a time.

The publicity needed to make this platform known can be done by each participant in their own jobs or via social networks, hopefully going viral. Each member will therefore play a direct role in the platform’s development.

Once the platform is finished in Open Source, the intent is to make it available in many languages.

The name Freeco.org was chosen to be understood internationally. In addition, it is short, easy to remember, and consists of the principal foundational concepts : 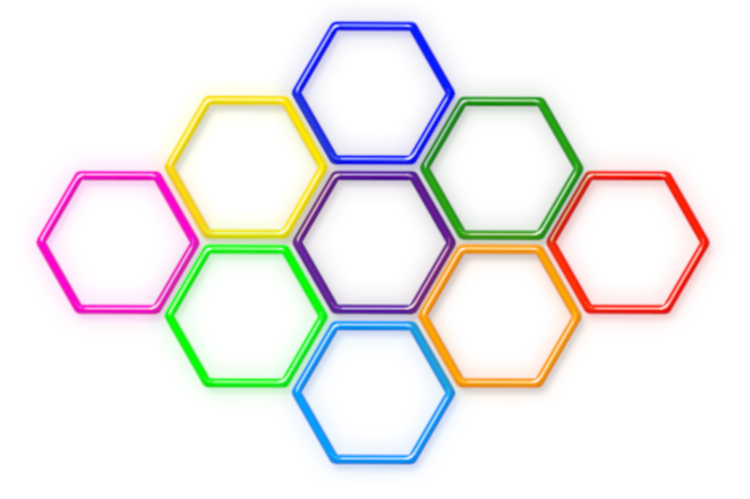 The creation of a cooperative economic network (uniting individuals and professionals) based around a platform of connections has to following principle objectives :

You will find detailed descriptions of these services on the dedicated modules page, or by clicking on the items on this list :

If you do not have time to read the entirety of the modules page, we advise that you read the paragraph concerning “group buying” which summarizes both the mechanics and philosophy of the platform. 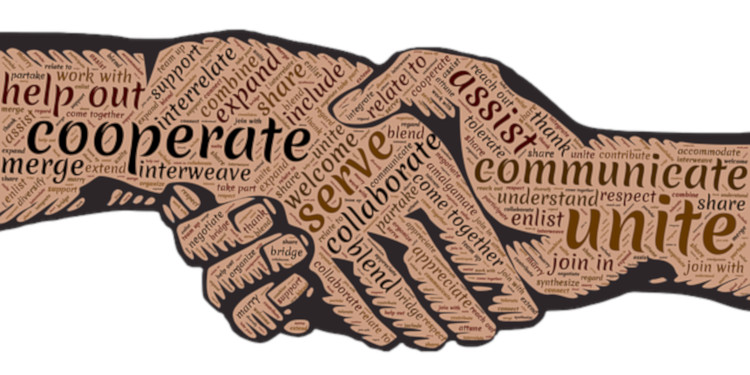 Our social and environmental charter will be made up of both conditions for using the platform, as well as best practices that must be followed by all of its members, particularly businesses.

Its aim will be to ensure these simple principles of production :

Many standards of quality and specialized labels already exist. It will be up to us to select the most relevant ones that we can rely on.

The ethics charter may also draw on influence from the 7 cooperative principles of the International Co-operative Alliance :

A basic ethical charter that reminds us of the values and principles underlying our actions can be drafted for the launch of the site. However, the charter will ideally be written communally amongst the members, to be both democratic and all-encompassing.

Examples of Real, Feasible Projects with the Platform

For our part, we will voluntarily monitor the site, as well as find partners with access to mass media to promote the site to the general public, not to mention the active use of social media, as already discussed.

After a certain period of operation, and depending on the number of participants, the other modules can be successively carried out by crowdfunding campaigns, this time directly from the Freeco.org platform.

Blockchain, or decentralized information storage, transmation, and processing technology, will be used to ensure the secure and horizontal operation of the platform.

The principle of Blockchain needs a brief introduction (without going into technical details), because the implications of this innovation will be very important in the future.

It is a sort of “distributed” data register (or Peer-to-Peer shared), that is completely secure and without a central controlling body.

Blockchain is best known for being used in cryptocurrencies, like Bitcoin, but it has much broader potential applications.

In fact, in an increasingly digital world, a tool capable of guaranteeing the authenticity of exchanges without a central regulatory authority changes the situation considerably for :

In doing this, it greatly facilitates self-organization in many fields, and is particularly well suited to the function of the modules that we will develop.

Finally, its transparency and synchronicity allows each user to have access to transaction histories at any time.

This phrasing is often overused, but it truly applies here: this is a revolutionary technology. 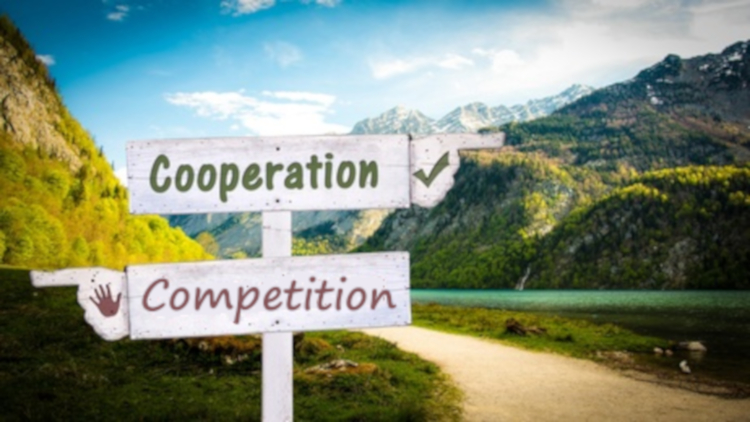 The advent of digital technology has already profoundly transformed some economic models.

This ongoing change has brought about new services called “collaboratives”.

The term “collaborative” means a bringing together of users and producers of services on the same platform.

We will designate certain platforms as “vertical collaboratives”. These are the platforms of large groups that ride waves of “social” and “greenwashing” interests, and use the work of its producers to generate profits.

They provide a connecting service, which is generally done by its own members, for producers and consumers, who themselves make up the real product and content of the site. In doing so, they have margins to the order of 25% on transactions, which are used in part to pay for marketing and shareholder investments, and which they ultimately pass on to the “user-producers”.

Here are a few examples of well-known vertical collaborative services :

Let’s take the example of “The Food Assembly”, which operates on the principle of short food supply chains (SFSCs) between the producer and the consumer initiated by CSAs. It is managed by the company “Equanum”, which is financed by Xavier Niel. Xavier Niel is the founder of Free, and he possesses one of the ten biggest fortunes in France, valued at 5.9 billion euros. This is another form of subsidization of direct sales.

Increased fees for Blablacar, elimination of the minimum order at Deliveroo… Once they are dependent on these platforms, users are forced to accept increasingly precarious working conditions and lower pay.
In France, 200,000 people are affected by this type of self-employment in transport, cleaning, or personal services. Their earnings are often as low as their social protection, as micro-entrepreneurs do not enjoy many benefits (such as paid leave, unemployment insurance, collective bargaining, maximum work hours, minimum wage, etc.).

This pseudo-collaborative operation is mostly beneficial to the platform holder. The variable cost of this model is the actual supplier of the product or service, who sees their earnings melt away in proportion to the greed of the shareholder. The end user, for their part, will participate in this type of exploitation, without even obtaining a fair price for the service.

The Difference Between Collaborative and Cooperative.

A cooperative, or horizontal collaborative model, aims to provide a platform at cost, whose users will also be its members.

Unlike conventional platforms that are subject to dividend payments, extremely high executive salaries, and disproportionate marketing budgets, a cooperative system can reduce costs to two expenditures :

Furthermore, these IT related costs can be further reduced based on decentralized technology that uses Peer-to-Peer protocols. This decentralization makes it possible to do without servers.

For similar services, it could be possible to go from a 25% margin being taken by vertical intermediaries, to just 5% for technical charges (charges that can be further lowered with time and the spreading out of initial development costs).

The 20% that is saved can then be divided between the supplier (whose earnings will increase by 10 to 15%), and the customer (who will benefit from a discount of 5 to 10%), for example.

Communication costs will also be very low, as each user and producer will be able to promote the platform while in the field :

For example, an “Uber” driver, having chosen to sign up to our platform, will be able to give each customer a business card or a flyer promoting this new service, which is both cheaper for the user and more profitable for themselves.

And so the service will be competitive, to use the terminology of the market, and will be able to spread gradually and eventually, in the long term, replace “Uber”. This is what we call “deuberization”. 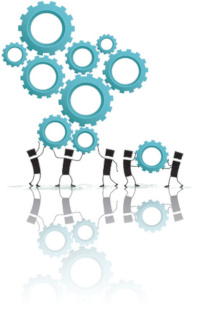